Johnny Depp’s huge LA apartment is for saleJohnny Depp has put his collection of five adjacent Los Angeles penthouses on the market. 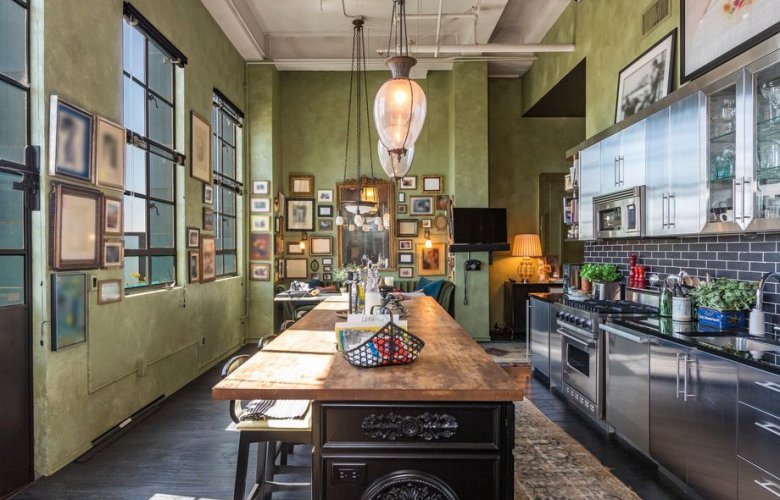 JOHNNY Depp, whose profession is listed as ‘real estate investor’ on the property listing, is selling his collection of five penthouses in the Art Deco Eastern Colombia Building.
The Eastern Columbia Building, which was modernised in 2007, is an icon of Art Deco design, and features a rooftop terrace with pool, a famous four-sided clock, and bright turquoise, terra cotta and gold tiles on all sides. Claude Bellman designed the 13-story structure.
Depp bought his first penthouse in the building in 2007, and eventually went on to acquire the rest of the wing over the next decade. The five apartment have nine bedrooms in total, and contains murals by Brazilian street artist Os Gemeos. The apartments can be bought separately or together.
The sale follows the recent announcement of Depp’s divorce from actor Amber Heard, and news that Depp is also selling his mansions in France and Venice. Depp owns others properties in Los Angeles, and is reported as saying "it was the right to to divest of that asset".
The penthouse collection is on the market for around $16.8 million